Design Solutions for the NFL

A $2.6-billion stadium taking shape on the outskirts of Los Angeles will transform an old horse track into one of the area’s most eagerly anticipated developments. 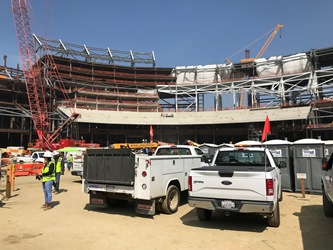 Los Angeles Stadium at Hollywood Park will serve as the new home of the Los Angeles Rams, while the surrounding area will become a small city in itself.

Rotary kiln expanded clay aggregate is being used in 40,000 cubic yards of cast-in-place structural lightweight concrete for the multipurpose venue’s mezzanine level walkways. An equilibrium density of 110 pounds per cubic foot was specified for the concrete-on-metal-deck system. The choice to use ESCS aggregate in the project came from the reduction in dead load to the structure. This saves substantial cost in the structural steel and footings making for an overall more economic design. Also the use of the ESCS material affords a better fire rating and eliminates the need for fireproofing floor deck which is a cost savings.

Because ESCS aggregates are pre-soaked prior to batching, the resulting concrete in the stadium will benefit from internal curing, a process that supplies additional curing water throughout the concrete mixture. That’s why lightweight concrete offers less cracking and reduced shrinkage compared to ordinary concrete.

In addition to the cast-in-place lightweight concrete, expanded clay lightweight aggregate is also being used for the precast, prestressed seating risers that will be used throughout the stadium. 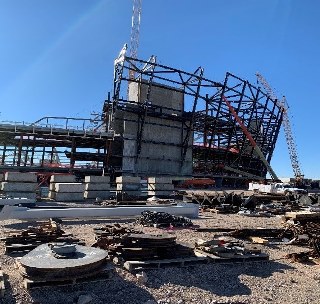 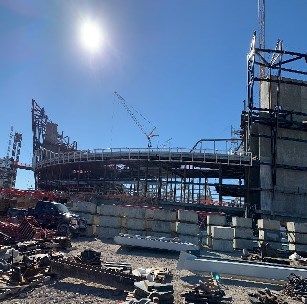 Find an Lightweight Supplier in Your Area